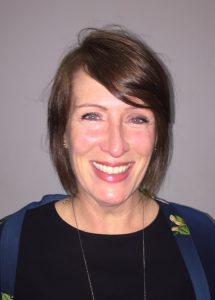 My passion over the last 21 years of physiotherapy has been working alongside neurological conditions such as Stroke, MS, Parkinson’s Disease, Traumatic Brain  Injury and Spinal Injury, to enable people to get back to as much movement and function as possible, and to facilitate them returning to as much of the daily activities they enjoy as possible.

I graduated with honours from the University of Southampton, UK, in 1998 and completed my first few years at the Royal London Hospital, completing my rotations in many fields of physio before specialising as a Senior Physiotherapist in Neuro Physio. I continued to work in Neuro in-patient, out-patient and community settings in London teaching hospitals until my move to NZ in 2003 with my Kiwi husband.

I spent some time working as a wheelchair and seating rep and started at Auckland City Hospital on the Brain Injury Unit and Neurology Ward in 2005.

Being blessed with two children and living on the shore, I made the move to North Shore Hospital in 2012, where I have been clinically coaching and educating physiotherapists on assessment, treatment and rehabilitation of a wide range of conditions over the last 7 years.

I have joined Gilly as I share her philosophy of rehabilitating and empowering people with neurological hurdles to become the best they can be.