Parkinson’s Disease is a neurodegenerative disorder which means a disorder that develops due to loss of brain cells over time. It specifically affects cells in the Basal ganglia which is the part of the brain that modulates movement. Traditionally, medication is the most common form of treatment for those with Parkinson’s Disease, however there is one form of medication that is recommended to all clients living with Parkinson’s which is Exercise!

As someone who has been recently diagnosed with Parkinson’s you may not be aware of the importance of regular exercise. Over the past few years, there has been an increasing number of studies that reveal exercise plays a crucial role for people with Parkinson’s. Recent studies have also revealed that too many early Parkinson’s disease clients wait too long before seeking medical attention and are not referred to physiotherapy as regularly as they should be. 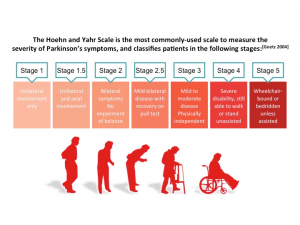 The study concluded that interventions that focus on gait impairments and postural control in early Parkinson’s disease may limit the potential for their first fall.

If you notice new symptoms of slowness, tremor, changes to your balance or walking, do NOT wait until your condition deteriorates to the point that you feel you need treatment. Seek assessment with a specialist as soon as possible.

Evidence shows that specific individualized exercise in the very early stages that is targeted to gait retraining, balance retraining and dual tasking all positively influence outcomes for those with Parkinson’s.

You can take charge of your health by making lifestyle changes, incorporating daily exercise which will help decrease the progress of your symptoms and maximize your life. Since time is one of the most precious resources we have, this is a good way to remind us to not spend our time inefficiently.

About the Author: Petrie Raddock